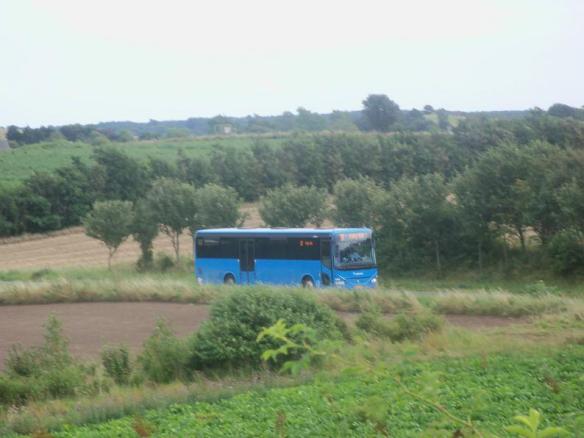 Some enjoy taking the bus, others enjoy watching it pass.
fortunately, we are all different

A member of the family who lived on a tiny danish island (called Samso), which managed to be 81 years old, was away from the island 3 times throughout his life – for 18 months as a soldier at Kronborg Castle (an old danish castle) just after the World War I – the opening of the first Little Belt Bridge in 1935 between Jutland and Funen – in the mid-1960s, when his second daughter of 4 moved to Odense (the 4 largest danish city) on Funen
– he was happy and let the world come to him.

An other member of the family which managed to be 81 years old, lived 4 month from may to august in Denmark – from november to february she lived 4 month in the southern Italy
and in the 4 month september / october and march / april
then she travelled worldwide
that was the way during more than 40 år
she sought out the world and was happy.

As long as one “hviler i sig selv” (rest in oneself)
a difficult expression to translate from danish into english
the meaning is that one is mind settled, pleased, and without panic.

Then there’s no right and wrong..?