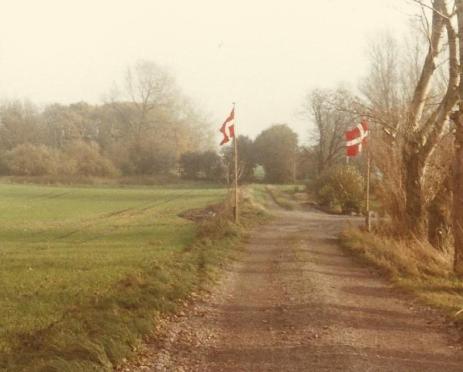 A bitingly cold october morning 28 years ago
peacefulness before the “storm”
my parents, that day silver wedding couple
(now it’s 53 years since they got married)
pretend they are still asleep
and don’t know that the peace now ended
3 trumpet players and about 50 early birds people
standing moments later and sings high
and expect to be invited in for coffee and conversation
a good tradition. 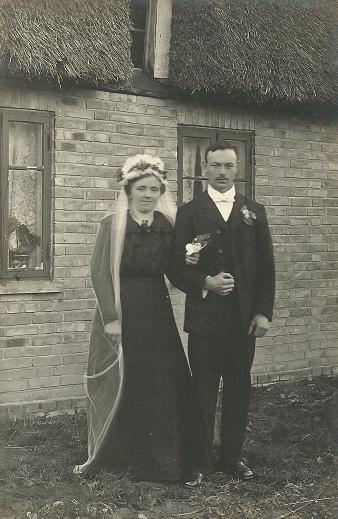 A wedding photo (1912) from the family album
a marriage that lasted longer than diamond (62 years)
and was actually a “untill death do us part” marriage.

Wedding photos were formerly very traditional
and probably quite boring at the modern scale
but then maintained marriages often many years.

Nowadays then the wedding pictures usually very highly imaginative
but (ironically said) marriage nearly dissolved,
before the photographer has managed to produce the photo.

(including myself, I’m not better myself)