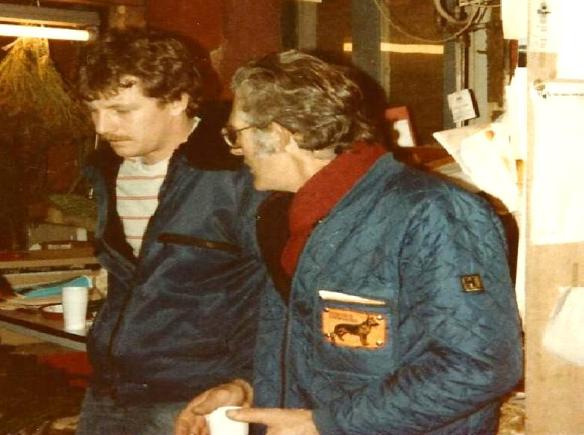 An almost 29 years old image, later this month
taken the night before the parents’ silver wedding anniversary
family, friends and neighbors gather in “secret” to make an arch of honor
which is a danish tradition on special occasions like this.

The photographer is unknown, since my camera was on the workbench for free use by all
the subject is “Le Drake” and one of his father’s old friends Erik
he is dead now, actually years ago – but would have been 75 years exactly this week
but it is not the theme of this post.

We have / had known each other since I was very young
after I had left home as 16 year old, so I met him maybe once a year
it was that kind of person – you could almost start the conversation again
almost in line with the last sentence of perhaps one year ago.

It makes me think that in relation to some people
in a way “so time stands still” – between each time you meet.

Perhaps a sharp contrast to the reality of today ..?

Where an hour with no connection to Facebook or mobile phone
feels similar to a matter of life or death.