With the inspiration from Ailsa and her absolutly worth visting blog
“Where’s my backpack?“
this is my reblogged version of the travel theme this week “Pink“

but no it ain’t about 1969 this story, but the summer of 1981 it’s all about
the theme of Weekly Photo Challenge is “summer”
this weekly task is to show a photo
either gives the feeling of summer or brings memories of summer
here it is not so much a feeling but a fun memory.

and the story can begin:

The (last) Wall Tour with The Pink Floyd 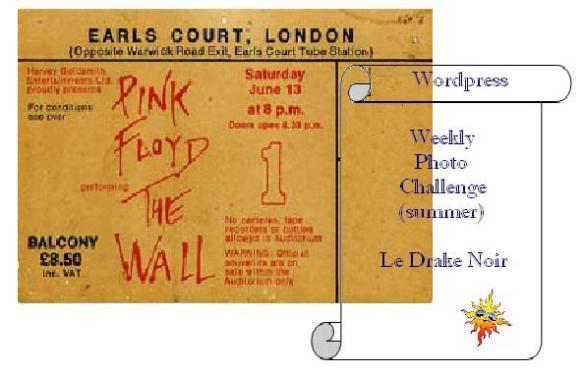