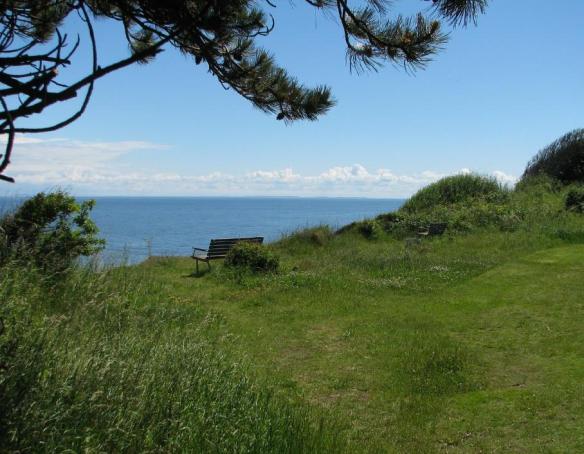 One of the best at very small islands is that you often can see in all directions.

My inspiration comes from wonderful “Restlessjo” and her “Monday walk” themes
this area is perfect for an inspiring walking or biking.

The photos are taken over 3 days earlier this year.

Seen from western coast against east at the narrowest point of the island.

Same place with a closer view, a bit away the tiny harbor hamlet of Langoer.

History can be fascinating at times, this small channel have been a bit lower and wet
back in the Viking Age about thousand years ago was the excavated channel
escape route for the vikings when they had been in trouble in the rich settlements
west of the island on the east coast of Jutland and had to shake off pursuers
They took off their flat-bottomed boats through this small channel
and hid in the fjord behind which officially only access to the sea from the east.

There are settlement traces of these “highwaymen”
on several of the small islets in the sheltered inlet. 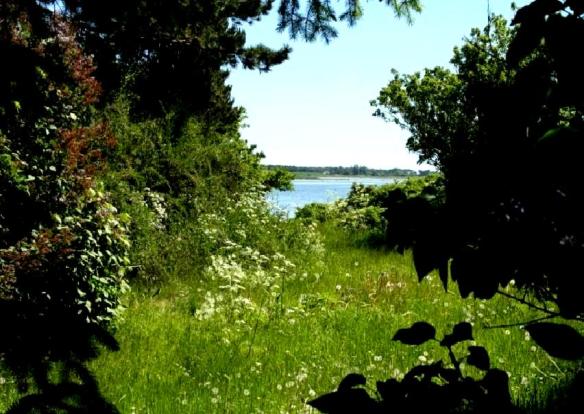 The tiny road from west to the east side of the fjord, taken from a spot where all do so.

The tiny church of Langoer, very popular used for weddings
built by a local legendary architect and master builder named Mister Jensen
a very charismatic and energetic but also very likeable person.
He was a story in itself, died as 100 years a few decades ago. 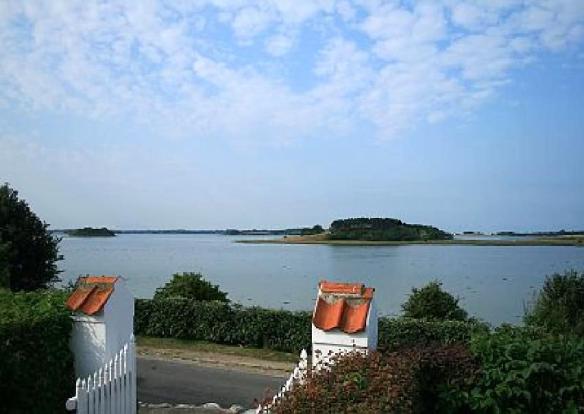 This old harbor hamlet have a funny story to tell, now only few permanent residents
but earlier it was a thriving harbor and trading center
the island is and was known for its impressive potato growing
perhaps a hundred years back lots of potatoes were shipped from here
primarily to southern Norway and the transport was done by local skippers.
Jokingly said that they sailed up potatoes for the norwegian men
and sailed happy norwegian women the opposite way
many of these sailors were married to norwegian girls who then settled on the island
There are many norwegian roots, especially on the northern part of the island.