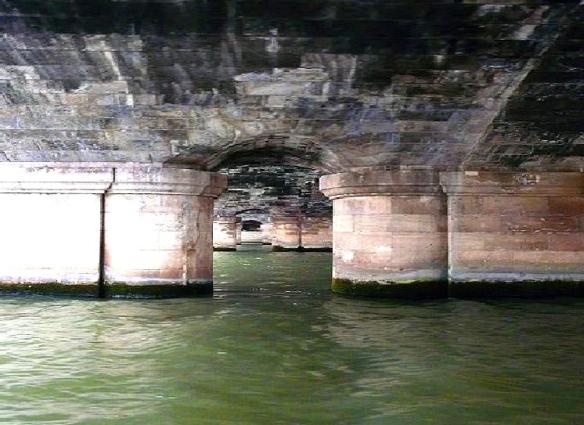 The underside of one of the many bridges over the river Seine in Paris.

The phrase “being under the bridge” is a pretty familiar one
– used a lot in connection with, for example
discouragement, hopelessness, inconsolability or abandonment.
Water-free bridges are also widely used by homeless people
– as shelter for the night and bad weather.
This expression as song title was also contributing to
the band Red Hot Chilli Peppers’ success in the early 90s.

By the way so bridges are made for connection, not for being a place to jump out.