The tell a letter-story challenge by idea of the good “frizztext“
now the time has come to the letter “S”.

Some men dress up in women’s clothes too
it’s all right, don’t care
taste and pleasure is thankfully different
scottish men in kilts is another story
it’s something I may need to say
because I was accepted by a scottish clan and has been a kilt donated

There was made ​​an opinion poll in the UK some years ago
to test the british favorites among ladies skirts or dresses.

3: Marylin Monroe (1926-62) the woman who only sleept in “Chanel no.5”
in her all over the world known cut’skirt
not only the dress but the attitude too have been copied worldwide

4: Audrey Hepburn, a woman in black ready for “Breakfast at Tiffany’s” i 1961

5: Lady Gaga,an american singer and songwriter born in 1986
in her white (monk?) jacket dress
there is probably not the clothes she hadn’t worn.

7: Kylie Minogue wearing a pair of gold shorts in 2000, ready for “Spinning around video”
but with all respect, is it a dress or shorts honestly..? 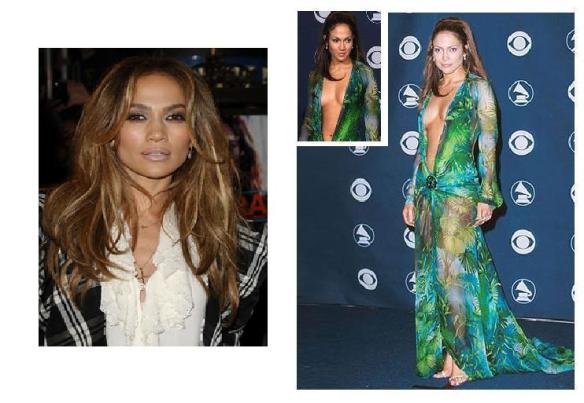 8: Jennifer Lopez in an optimist green “Versace” dressed for “Oscar 2000”.

On topic a similar american opinion’poll:

Both lists may miss some skirts..?

The big question is what happened to Josephine Baker’s famous banana skirt..?

Nicole Rochelle, as the ‘banana girl’ Josephine Baker, in a french cabaret
Josephine was the woman who really introduced the banana in our conceptual world.

Josephine Baker was the first african-american who became a movie star
she became in the beginning of his career quickly a celebrated dancer
then it slid into singing and acting
to end up being one of the world’s most popular entertainers at that time.

As 30 years old she became a french citizen in 1937
and was very active in the french resitance
an effort that made her the first american born woman
who received the french military order “Croix de Guerre”.

Whether it was Josephine Baker’s full tulle skirt with bananas
which has made it the world’s most eaten fruit, it’s unknown
but damaged the banana, it has certainly not.